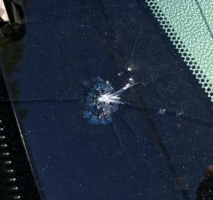 "Our windshields may crack, but we didn't break federal safety standard #205" appears to be Subaru's defense in court against a class-action cracked windshield lawsuit.

Subaru's warranty does exclude coverage for "any part which malfunctions, fails or is damaged due to objects striking the vehicle, road hazards" but not spontaneous malfunctions like many owners have complained about.

Since 2015 there has been a surge in complaints about Subaru windshields that crack spontaneously. Many believe this is due to a design switch to 'acoustic glass.' Owners want compensation from Subaru because windshield replacements come wi 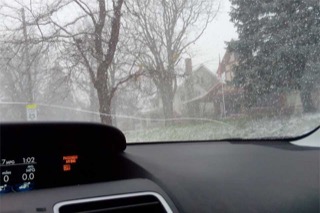