An increasing number of Subaru owners say their vehicles will inexplicably surge forward when the vehicle is stopped and their foot is on the brake. The unintended acceleration incidents often happen as the driver tries to shift the trans… 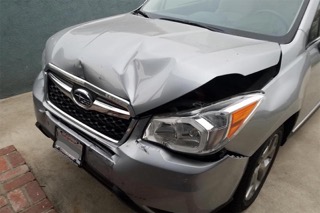 A build-up of chemicals from scented cleaning products containing silicone can disable the brake light switch in millions of Subaru vehicles. This can prevent the brake lights from turning on when pressing the pedal, among other things, and… 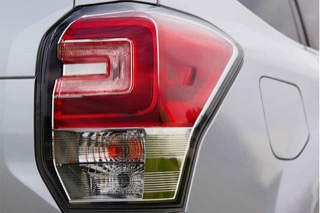 Subaru is one of a handful of automakers accused of making new engines that excessively burn through oil. And they'll tell you that adding a quart (or two) between scheduled changes is totally normal. It's not. 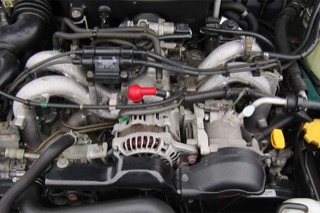 Why can't Subaru build a decent head gasket? The automaker has had issues with leaky gaskets in their 4-cylinder engines since the 1980's. And repairing the issue is expensive as it requires the engine to be removed. 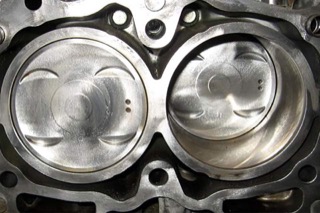 Sometimes it helps just to tally up the complaints and see where the biggest stacks are. Use this information to learn about troublespots or to run for the hills.

Subaru owners say their vehicles are surging forward when trying to shift into PARK, even with a foot firmly on the brake pedal. The automaker continues to blame drivers for the incidents, propmting a second class-action lawsuit to be filed … continue reading

Subaru vehicles are accelerating on their own and the automaker's claim that owners are to blame isn't going over well. A new class-action lawsuit has been filed on behalf of owners with cars that may have unintended acceleration problems. … continue reading

A lawsuit says that the Subaru WRX suffers from sudden engine failure due to piston detonation, a well-known cause of damage to the piston and piston ringlands. The proposed class-action includes all current and former owners or lessees of … continue reading

A new lawsuit accuses Subaru of using a 2016 emissions recall as a cover to secretly update engine software meant to prevent surging and stalling issues. If true, that’s both devious and cunning because ”by calling it an official emissions … continue reading

Subaru is recalling some turbocharged vehicles from the 2007-2013 model years. Those engines have a secondary air injection pump that can overheat, melt, and catch fire.

&quot;...the automaker received another report and this time the seco … continue reading

Burning through a quart of oil every 2,500 miles is a drag. Blowing up your engine because you pushed it to 2,600 miles is an even bigger drag. So it's no wonder Subaru owners filed a lawsuit in 2014 over worn out piston rings, excessive oi … continue reading

Owners of a turbocharged WRX or Forester may want to put the brakes on for a while.

&quot;The 2015-2016 Subaru WRX and Forester 2.0XT have turbocharger air intake ducts that may crack and cause problems with engine performance while drivin … continue reading

Subaru has agreed to settle a lawsuit that says certain cars require a small fortune to keep the engine full of oil. The plaintiffs say there aren't enough dead dinosaurs and other fossil fuels to keep these engines fed.
The original lawsui … continue reading

TorqueNews.com has an update on the Girard Gibbs Law Group class-action suit which accuses Subaru FB engines of burning through too much oil. The update includes a Q&amp;A that might be helpful to owners.
… continue reading